IPS panel vs TN? What is the difference? 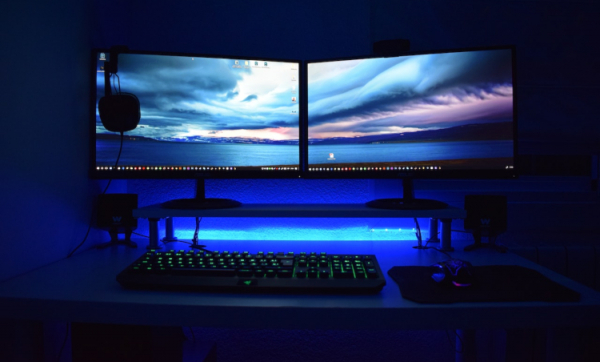 The latest liquid crystal displays are being improved by the most effective panel features, such as fast refresh rates or wide viewing angles.

Other technologies that provide the best outcomes for viewers are concentrated on the liquid crystals used in LCDs, which are responsible for getting the light all the way from the backlight to the surface of the screen. The most popular methods of liquid crystal alignment include TN and IPS panels. What are those features, and how can they benefit you?

The most common and affordable techniques of crystal alignment are TN panels. They work by placing the electrodes on both sides of the liquid crystal layer, and when electricity is sent back between them, an electric field appears. It has the power to change the direction of the molecular matrix. The crystals turn by 90 degrees if no electric field is applied, and when the light from the backlight goes through the created twist, waves are polarized. As a result, they can pass through the polarizer located on the TN monitor’s surface. On the other hand, if the electric field is present and applied, it will untwist the alignment - sometimes fully, sometimes partially. The light waves will not be polarized then and won’t pass through the TN layer. Every LCD cell forms a display pixel that consists of sub-pixels that use sRGB colors (red, green, blue). If a liquid crystal underneath a sub-pixel polarizes the light completely, the specific color will be very bright, and if the light won’t get polarized, that color will not appear at all. In the case of partial polarization, only a restricted amount of this color will be used in the RGB color mix shown in the final pixel.

In IPS panels, as opposed to TNs, both electrodes are at the same level, placed behind the liquid crystal layer. During the application of an electric field, liquid crystal molecules are forced to position themselves parallel to the layers of the IPS and not perpendicularly as the molecules in TN panels. IPS technology polarizes the light when the electric field is applied and allows it to travel to the surface, and when the electric field is not on, the light can’t pass there. Different orientation of the crystals means that IPS panels need to have brighter backlights.

So what are the main differences between TN and IPS panels? One is viewing angles - in TN displays, they’re limited, and color reproduction looks best when the screen is viewed head-on, not necessarily from the sides. In IPS, this issue is fixed, and consumers can enjoy good viewing angles and excellent color reproduction on all sides. IPS also has high quality black color reproduction, a better contrast ratio, and a richer display than TN panels. On the other hand, TNs have quicker response time and refresh rates, which are especially important for customers who are gamers.

Tweet
Published in Technology
More in this category: « How you could use Residential Proxies?
back to top

Subscribe to our newsletter to get the latest news on our work.